Remember the times when people who couldn’t watch a favorite show or movie that screened on TV on Friday nights would record them on the VCR? That’s no longer the case, and it hasn’t been for a very long time. When people don’t want to miss out on anything now, they turn to their mobile devices, which presents many great opportunities for brands to develop quality content. Let us look at what is so relevant when creating mobile-friendly video ads on mobile video advertising platforms.

The great thing about video content is that, unlike copywriting, which may take longer to sift through, the former is perfect for people who are always on the go and prefer something lightweight, catchy, and fun. There are so many video ads that have gone viral on the web that making it mobile-friendly is crucial in today’s advertising nature. Evian’s “Baby & Me” video released on YouTube in 2013 received more than 94 million views and produced 2,250 percent ROI. 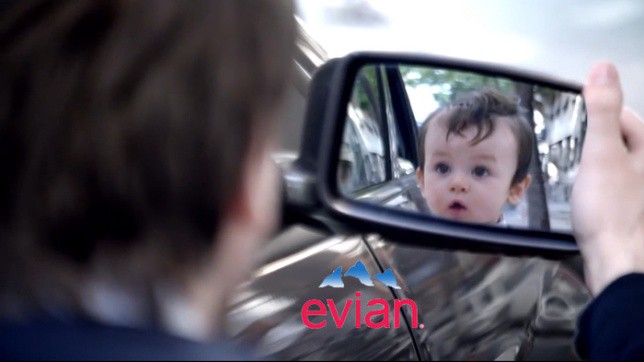 People found it fun and humorous to watch, and it certainly didn’t feel like a commercial to them at all. That’s what’s so relevant in creating mobile-friendly video ads — reaching on a different level, tapping on positive emotions.

Video advertisement has far more chances of grabbing viewers’ attention from smartphones than from tablets and PCs. Research from YuMe in partnership with IPG Media Lab shows that people are more prone to paying attention to video ads from their mobile devices than when using tablets or computers. Great video attention on smartphones also attracts more purchase intent, according to the same research. The device, therefore, plays a significant role in terms of video ad consumption. 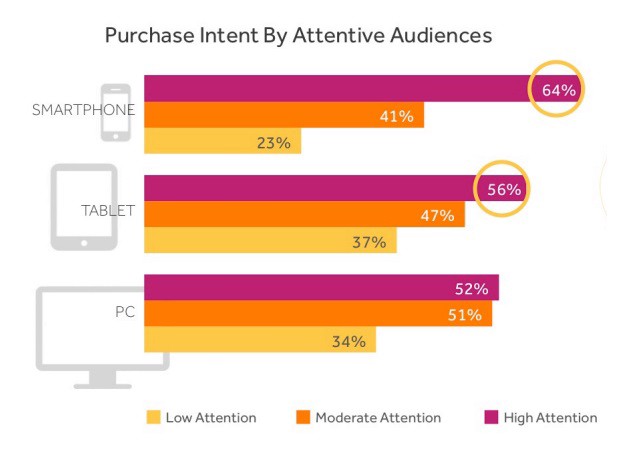 Cisco forecast for 2013–2018 released this year in June estimates that video consumption will account for 79% of all Internet traffic by 2018. Mobile traffic will continue to rise from 3% of total IP traffic in 2013 to 12% in 2018. Even as we speak, visual experiences are important to consumers. The e-tailing group and Invodo surveyed 1073 consumers in 2012. One in three declared that they watch product videos whenever they come across them; more than 50% watch product videos regularly, and 9 out of 10 do so occasionally. Since 2012, video consumption has continued to grow, and people are just waiting for the next visual experience to share.