There’s something about (no, not Marry; well, sort of) watching a good movie that just makes everyone feel like they’re part of something bigger. Much like reading a book, watching a movie in the comfort of one’s home can be a gratifying experience. Throw in a bottle of your favorite beverage, some chips, or popcorn and you’re into something good. No wonder featured films make it to the top of the list in terms of Video content consumption. 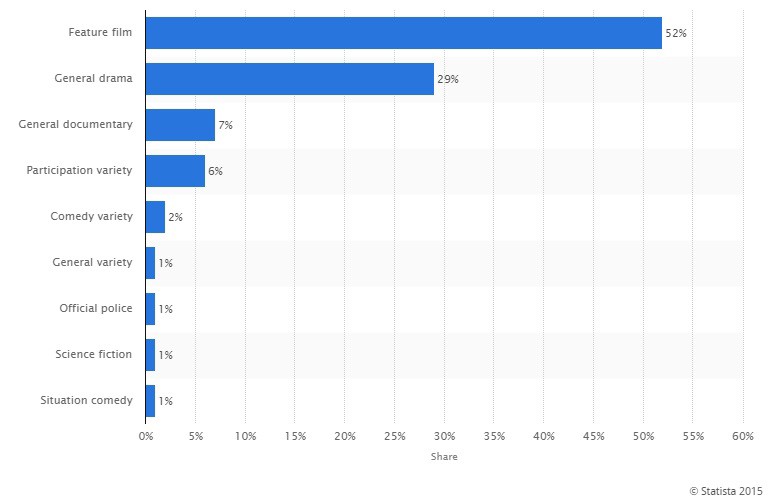 According to the report Online and on-demand, the movie category also leads the way in regards to most-watched VoD content in Australia.

Drawing on the number of established video-on-demand services in Europe, we can get an idea of the top most-watched content on VoD. Not surprisingly, VoD film services made up 41% of the total of VoD services (in December 2014) in Europe, followed by TV fiction (13%) and VoD generalist (11%), according to the report by the European Audiovisual Observatory 2015.